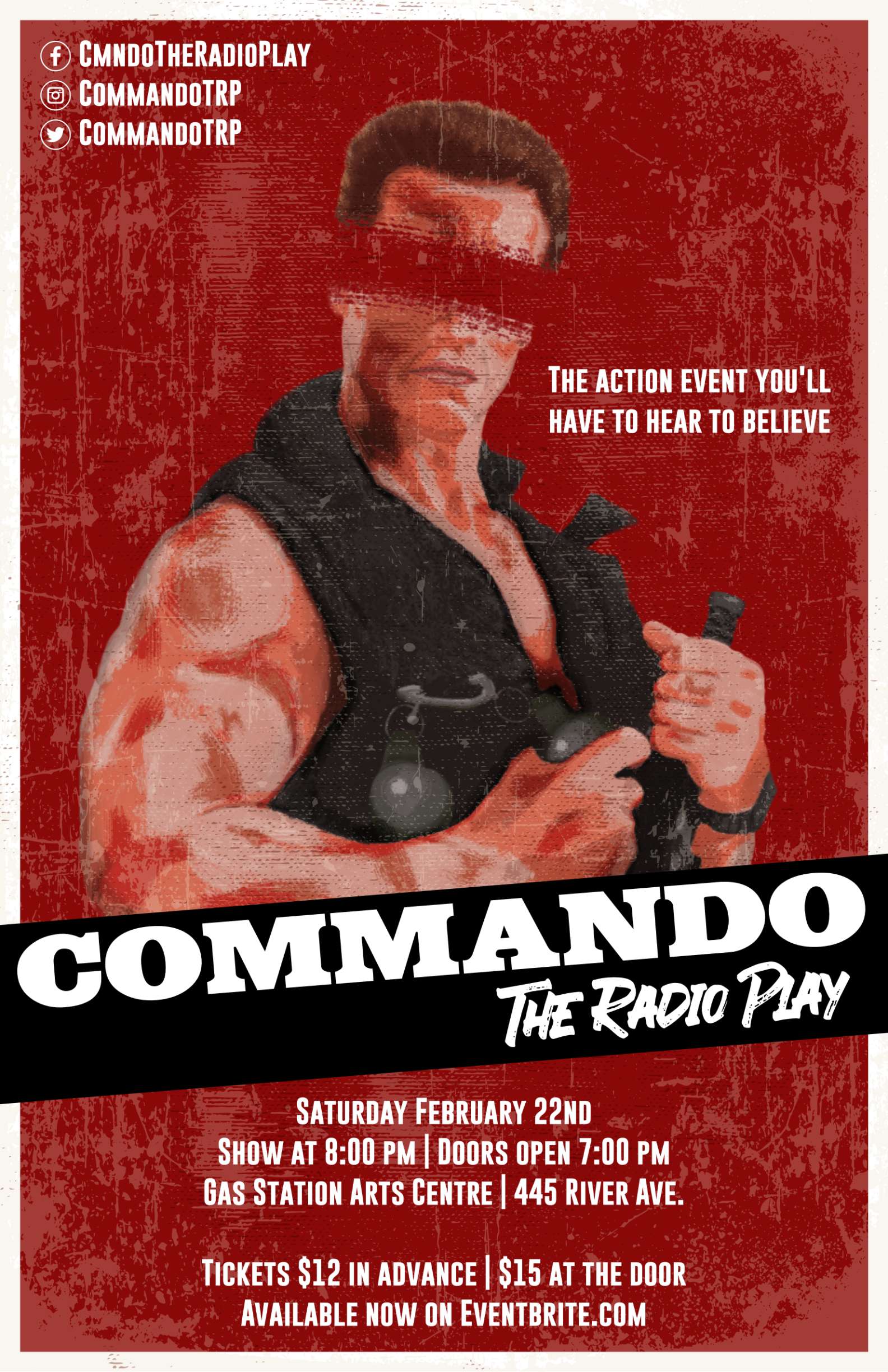 The action event you'll have to have to hear to believe!

Adapted from the classic Arnold Schwarzenegger film, Commando: The Radio Play takes history's greatest action film back to a simpler time when special effects were made with slapsticks, aluminum sheets and celery. This production is in the style of classic radio plays performed live by voice actors and a sound effect artist.

Originally run in the 2019 Winnipeg Fringe, the show is back for one night only and features local comedian J.D. Renaud as an opening act.