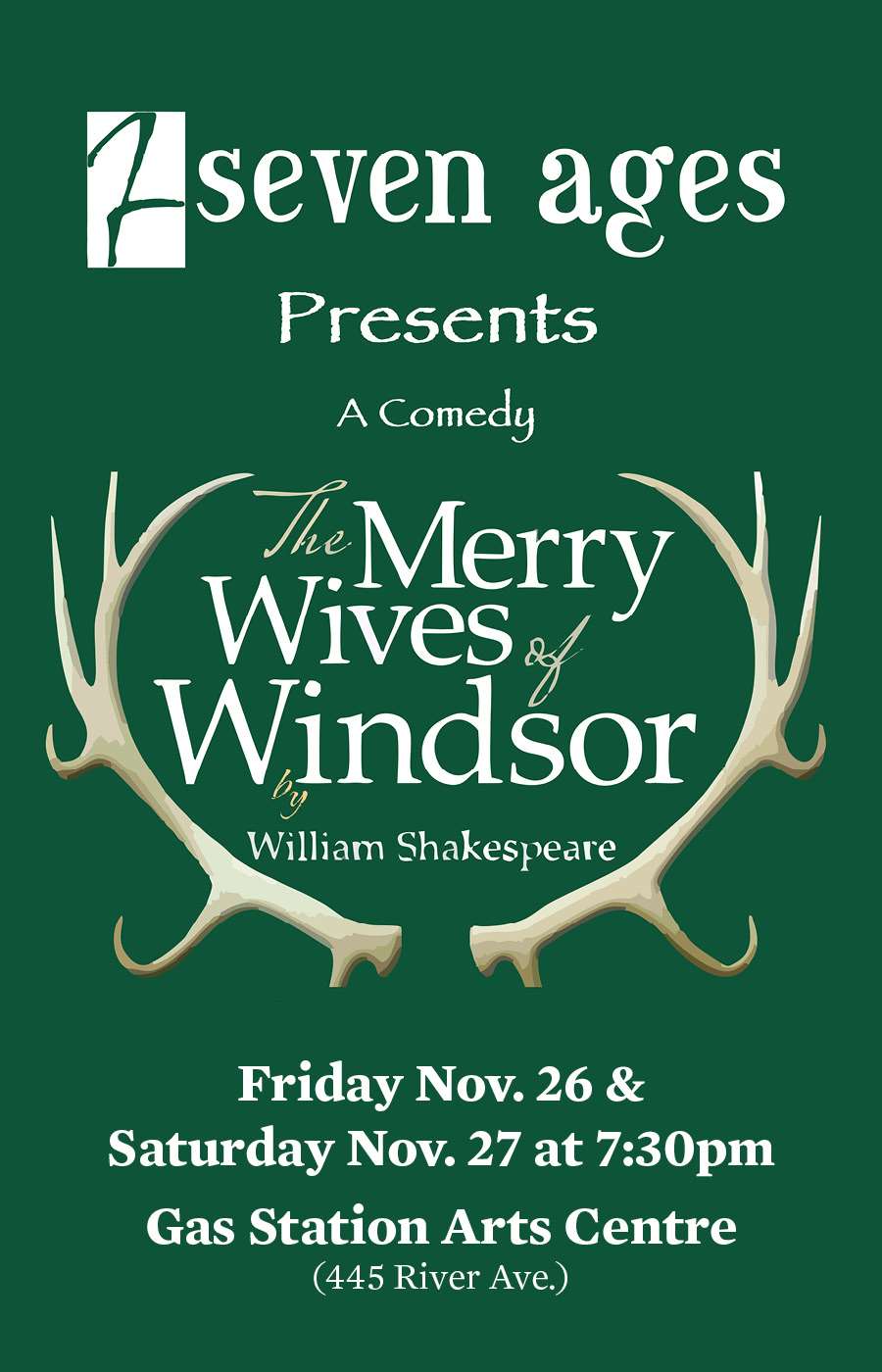 7 Ages Presents A Comedy, The Merry Wives of Windsor by William Shakespeare

John Falstaff and his cronies come to Windsor causing mischief.  The portly Sir John, whose pocketbooks are bare, hatches a plan to seduce two respectable wives of Windsor in order to take their money.  However, he meets his match in these gentlewomen of Windsor.  He has not reckoned that his targets will use their wits and wiles to teach him the error of his ways.  The Merry Wives of Windsor is a madcap romp that has been a favorite of theatergoers for over 400 years!
A hilarious farce just in time for the Holiday Season!